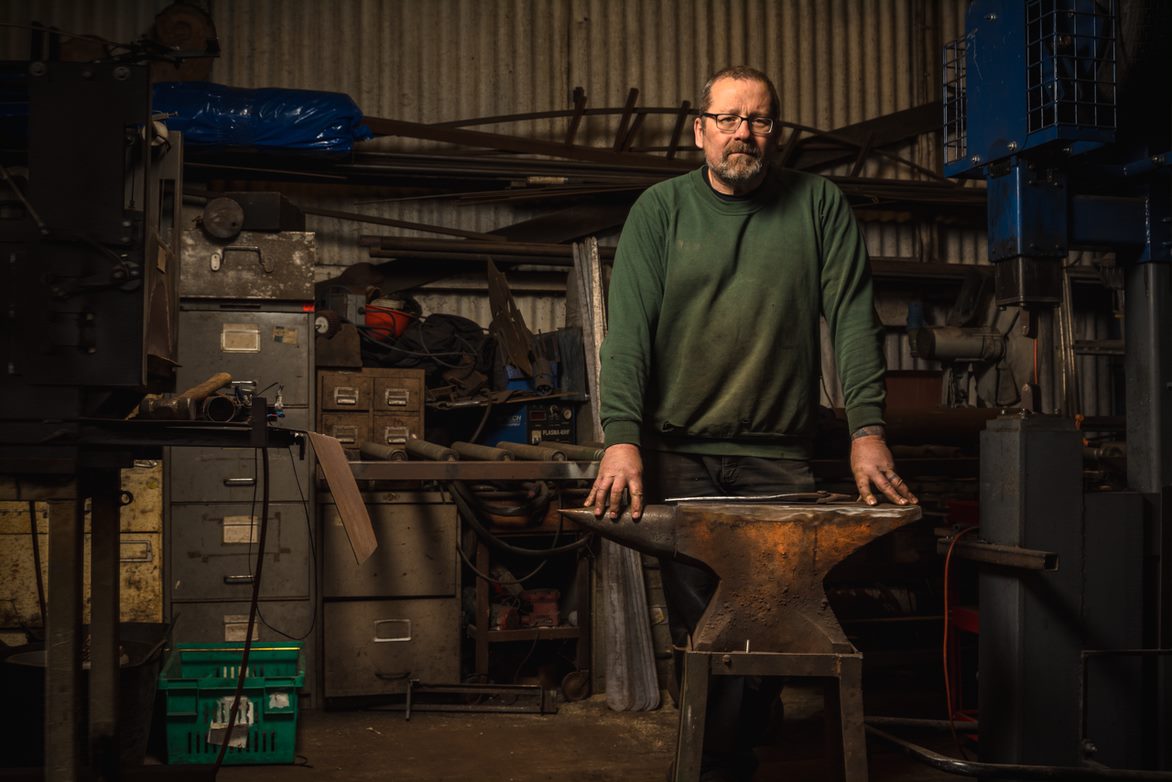 Handmade in Herefordshire, England by Neil Lossock - Great British Blacksmithing. This is the dragonfly perch measuring 9" in width (at wings) and approximately 63" in height. The little bowl is 5.25" w and 1.5" deep. Each stake may be slightly different in height and width due to the handmade nature. 2.6 lbs 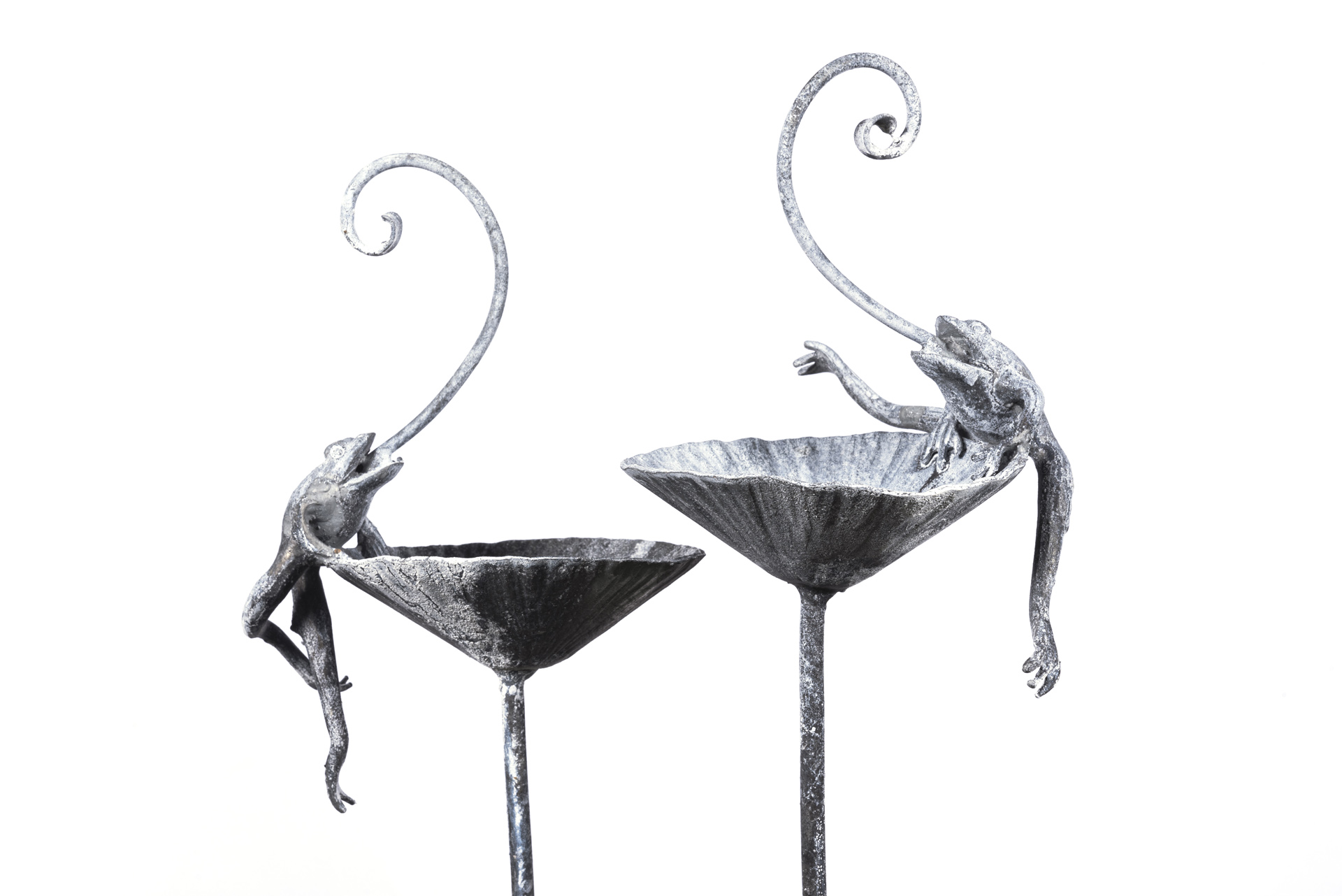